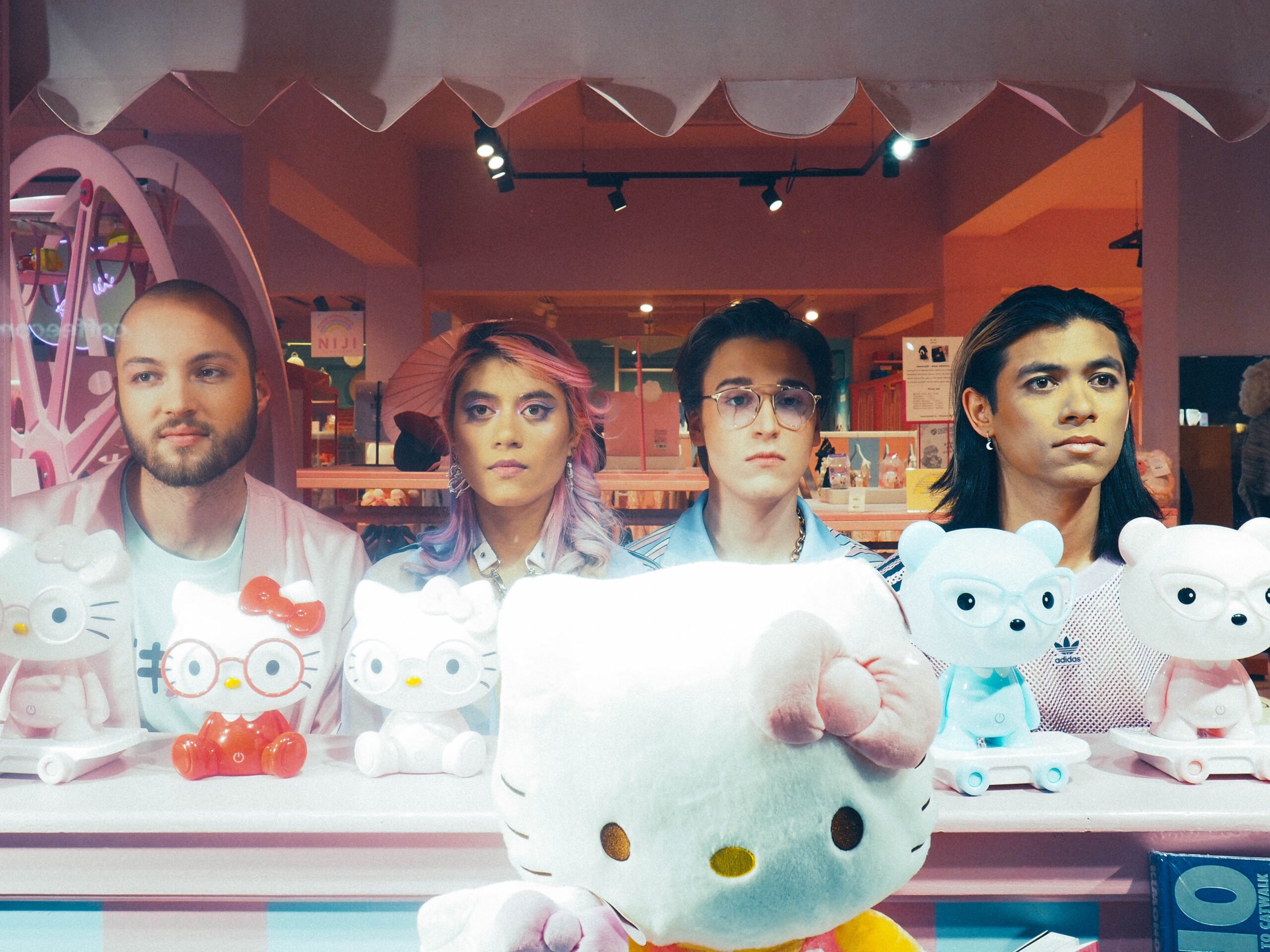 Whether it’s on stage or holed up in their (self-coined) Paisley Kaas studio space (singer/guitarist Sophia happens to be a rabid Prince-fan), 45ACIDBABIES scramble moods and stylistics into their own breakneck inner logic, bending and contorting the pop’s rulebook within the sheer lawlessness of cartoon physics. Furthermore, you can dismiss this foursome as escapist oddballs at your own ignorance. The recording sessions for long-awaited debut LP ​Amber19​– released October 5 independently – were in fact underpinned by crisis after crisis: perpetual brokenness, substance abuse, toxic relationships and close friends dying far too young.

But 45ACIDBABIES aren’t exactly the types to double down on these type of mortal perils in their art. The sheer vibrancy, chaos, neurosis and high-octane energy of their live performances go far beyond just surface level pizzazz, superimposing understatedly human reactions to the shitshow this world can often be. For every tear that’s shed, some silly cat video serves as a medicinal dopamine fix. And if it’s up to 45ACIDBABIES, the best way to be vindictive is to allow creativity to spill over to preposterously joyous levels. No wonder their avatars on stage and in their artwork happen to be broken baby dolls, plastic talismans that reflect something innocent and congruently, something a little more sinister.

Amber19 ​ultimately ended up becoming a joyride that hits on all cylinders. The songs are anchored by vocalist, visual artist & guitarist Sophia de Geus’s coming of age trials and tribulations. 45ACIDBABIIES recorded the album with engineer Pieter Vonk and Sam Verbeek, utilizing tape recorders, borrowed equipment and, of course, your requisite assembly of a hundred severed doll heads. To paraphrase Francis Ford Coppola: they had access to too much, too many… and little by little they went insane.

In retrospect, ​Amber19 ​became the creative hub of a slowly-spiraling, all-embracing process for 45ACIDBABIES, who have rounded into shape as a touring powerhouse that performed with the likes of The xx, Sleigh Bells, De Staat, and Millionaire. And for reasons unknown, their gleefully absurdist songs found their way into the relatively straight-faced hit drama show Homeland. Call it sweet irony for a band that channels anything but dramatized gravitas, opting to write songs with that same quick-fire disarray and immediacy as the act of living itself.